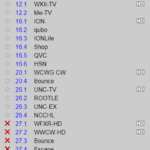 One thing that’s always bothered me in my daily work is “rules of thumb”, or more specifically, relying on them to make a life-altering decision.  We deal daily with people working to retire, and invariably, a potential new client approaches us with a “rule of thumb” of “80% of my income to retire.”

It always starts with needs.  What will you need in retirement?

Take the following example (totally hypothetical and made up):

That’s what you need.  Plan for that first, then it doesn’t seem so bad. Two projects that I’ve done work with have been online for several months.  I feel this is enough time to get the “newness” factor out of the way (not to mention all the speed and optimization testing to “fall off”).

The data below is taken from the Google Analytics Dashboard, same time frame (Feb 21st to May 21st, or 3 months).  I actually delayed installing analytics on Guilford GOP’s site until March 5th (don’t remember why), but here’s the data:

42% to Phoenix Academy and 26% to Guilford County GOP came from “mobile” devices (phones and tablets).  Both of these sites have an overall “bounce rate” below 40% (the mobile only bounce rate is at 50%, tablets is in-line with overall).  The general consensus is that a bounce rate of 50% or lower is to be desired.

I’d be interested to see the stats from before I took over the sites, but I don’t have access to those.  Needless to say, it’s encouraging to know that I’m doing something right with these two sites.  I’ve done my best to ensure that there’s a “uniform” experience across devices and that the sites load quickly (all things being considered).  I’m sure that there’s room for improvement.

This is an important mid-term election, politically, not just for the country, but also for the Piedmont Triad region of NC.  Here in the 6th district, the venerable and honorable Howard Coble is retiring after 15 terms in the House, and state-wide, Senator Kay Hagan is up for re-election.

The field is crowded (to say the least) for both seats on the Republican side.  There’s one thing in common with most of the candidates though, and that is all of them have made repeal of Obamacare their #1 priority and messaging.  Understandably so, as generally speaking, it’s unpopular with many Americans.  Yes, there are a few “success” stories out there, and I’m not going to discount them, but for every success, it seems there are 3 more who have a negative experience.  And not just because of the website, but sticker shock.

Let it be noted that while I believe in a woman’s right to chose, I don’t like the idea of abortion as a method of birth control and wish there were less of it.  But I’m not going to say “change the right to choose. ”  That’s a topic for another (and more inebriated/enlightened day).

Back to the original point though.  Every candidate’s central plank is “repeal Obamacare”.  Second is “protect the 2nd amendment.” How do you choose your “front-runner” if all of them run on the same thing?!

You have to look at everything else about them – what their plans are beyond repeal.  Because let’s face it, if you want to be re-elected after this term, you have to prove to me that you can do the job beyond one major task.  Otherwise, you wind up in the same boat Kay Hagan is right now – her one “accomplishment” is unpopular amongst the populace and she really can’t run on the rest of her record.

If we repeal Obamacare, what’s your solution for a fix?  How do you propose addressing a $17trillion debt (and continued budgetary deficits)?  How do you uphold the spirit of the 2nd amendment while still making sure that I or my friends or family can protect ourselves against a home invader?  Are you really going to win my vote based on calling the other candidate a liar and a cheat and whatever else you can think of under the sun?

40% of the voters already have made up their mind whether they will support you or hate you based on that little letter after your name.  I’m in the 60% – you have to convince me you can do your job beyond the latest popular topic in the news.

Ten-word answers can kill you in political campaigns. They’re the tip of the sword. Here’s my question: What are the next ten words of your answer? Your taxes are too high? So are mine. Give me the next ten words. How are we going to do it?

You’re on the clock, and you’ve got until May 6th to convince me.